The National Security Council requires that you book tickets in advance. Reservations must also be made for children! Wearing a mouth mask in ANNO 1465 and Atlantikwall is mandatory both indoors and outdoors. The scenic park can be visited without a mask. Click here to view the most recent information about our adapted program and to consult our measures for a safe visit. Buying a ticket

Walk along a selection of bunkers of the Aachen Battery (WW I) and the Saltzwedel-neu Battery (WW II). Most of the corridors and bunkers are closed, but the photos and information boards will tell you a lot about the two world wars. The information relates to both coastal defence and daily life.

The ATLANTIKWALL in Raversyde is one of the best-preserved remains of the German defensive line, with more than sixty bunkers, open-air and underground passageways, observation posts and artillery positions.

In the entrance area you can view several restored collection items, including an Enigma encryption machine. You’ll also learn more about the Atlantikwall and the coastal war. 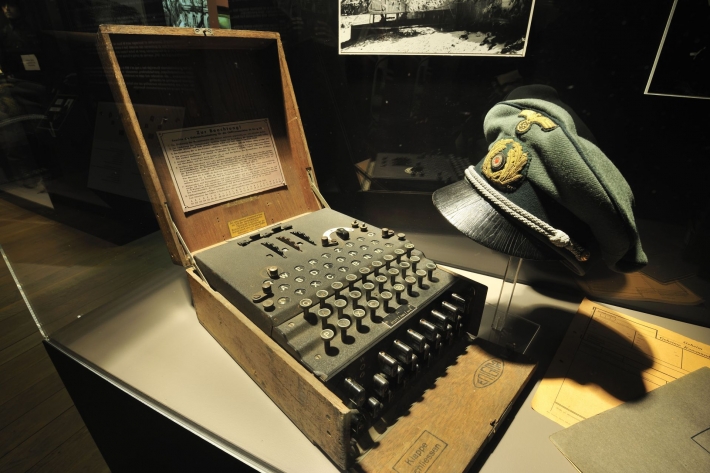 This unique bunker complex from the First World War is located in an area of undulating dunes with a view of the sea.The battery has undergone extensive and thorough restoration and renovation. Immerse yourself in the fascinating history of daily life in the coastal battery and on the occupied coast. Learn about the mysterious war at sea and the coastal defences from images, animations, models and a 3D reconstruction. And for a touch of culture, discover the ‘Green Chequered House’ by artist Lily Van der Stokker (Beaufort). She has drawn inspiration from Prince Charles’ artistic past and the camouflage techniques used on ships, and seeks to bring a touch of femininity to what she regards as a masculine site.

The Saltzwedel-neu Battery is a textbook example of the Atlantikwall. Its fine state of preservation makes it one of Europe’s most important museums of defensive works.